The CanadaC3 project was a 150 day, sailing expedition from Toronto to Victoria via the famed Northwest Passage. The journey was divided into 15 legs, each bringing a new group of Canadian participants on board to connect with communities around the country. This journey was created Geoff Green and the Students on Ice Foundation to celebrate our country’s environment and cultural diversity in an effort to better connect Canada from coast to coast to coast. 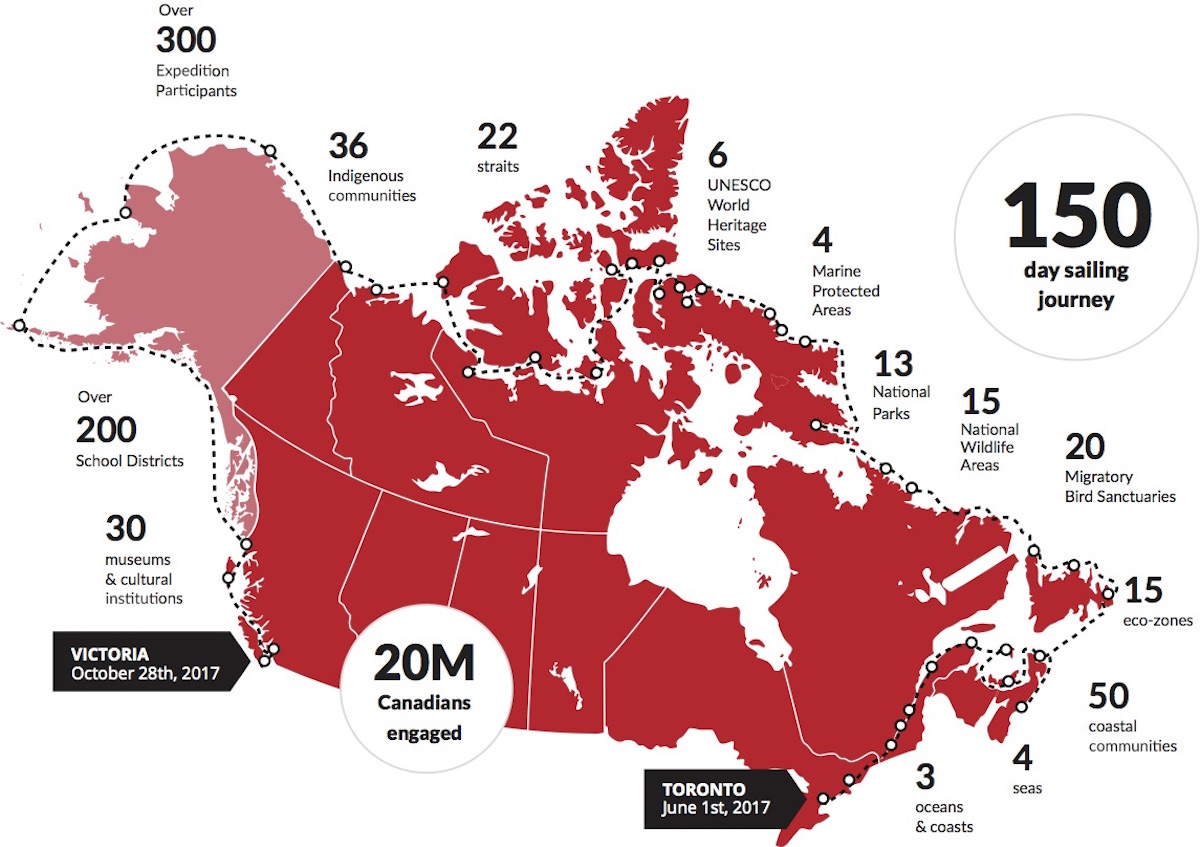 On the expedition, I shared the role of leading the 7 person, onboard communications team with producer Peter Wall. We facilitated the production of topical mini-documentaries and photo series for each community visited. We produced a number of single and multi-camera Facebook Live broadcasts directly from the ship, as well as facilitating countless Google Hangouts with museums and educational institutes across the country.  From conception, shooting, post-production and upload/streaming to Facebook and YouTube, the ship became our mobile production hub as we travelled 23,000 kms by sea around the entire country. All content was produced in Canada’s two official languages, French and English.

Behind the Scenes video for Sony:

Briefing the communications team aboard the Canada C3 vessel: 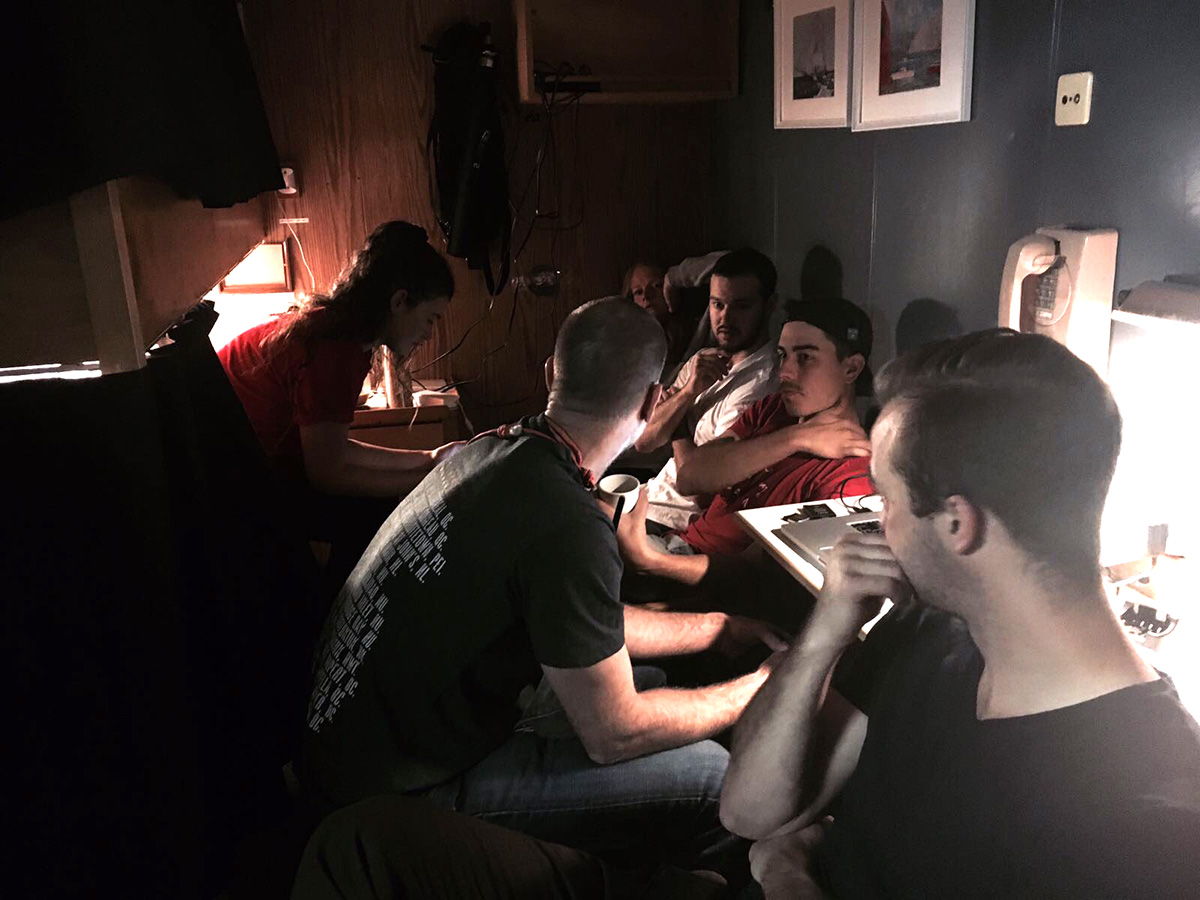 Before setting sail, I was involved in the technical setup of the ship. We configured an onboard communications den that would facilitate up to four video editors, two photographers and a social media producer (yes, it was very cozy!). I secured the expedition a full sponsorship from Sony and Vistek to provide all camera gear, lenses, lighting and drones for the project. We shot primarily on Sony FS7 and FS5 cameras with Sony A7S2 DSLRs being used for low light applications such as the Northern Lights. The drones we flew were DJI Mavics and Phantom 4+ Pros. With the help of SSI Micro and Ocean Marine we installed a 2.4 meter satellite dish that provided us with continuous broadband internet to share the journey in real-time for the entire circumnavigation of the country, a feat never before executed.

Installing the satellite dish on the ship: 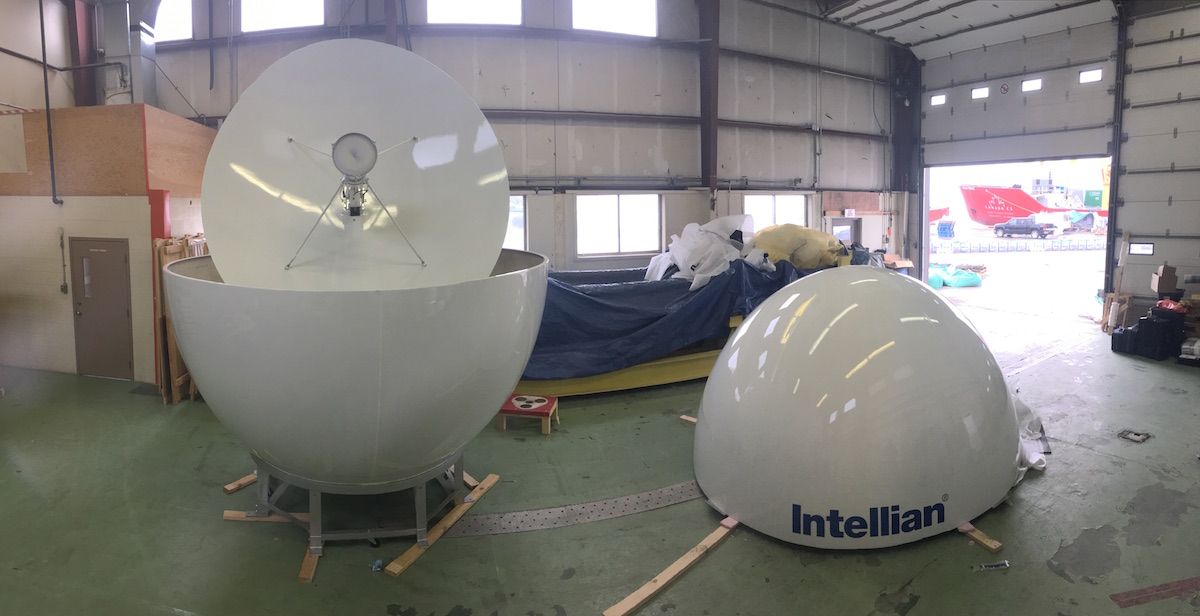 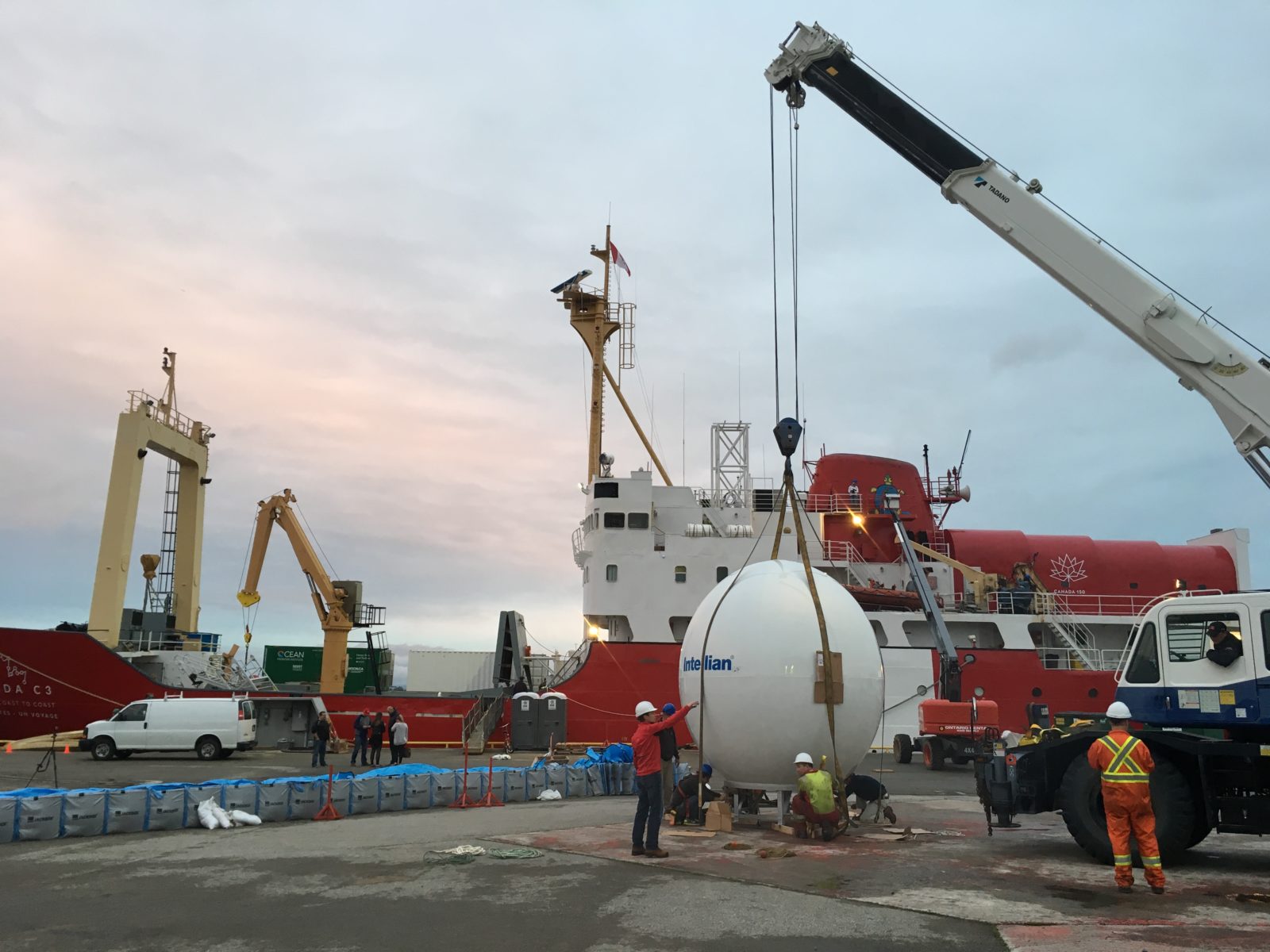 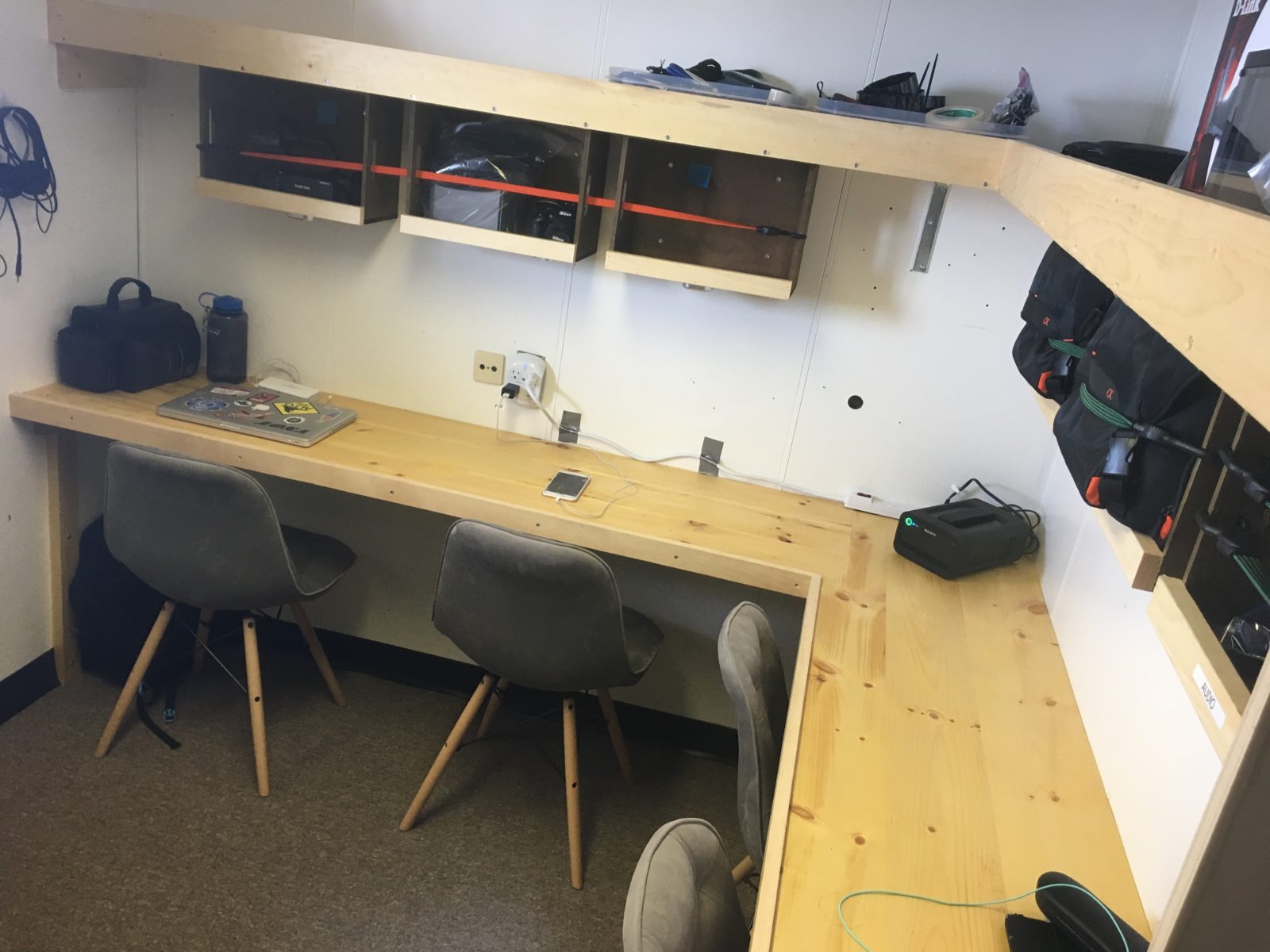 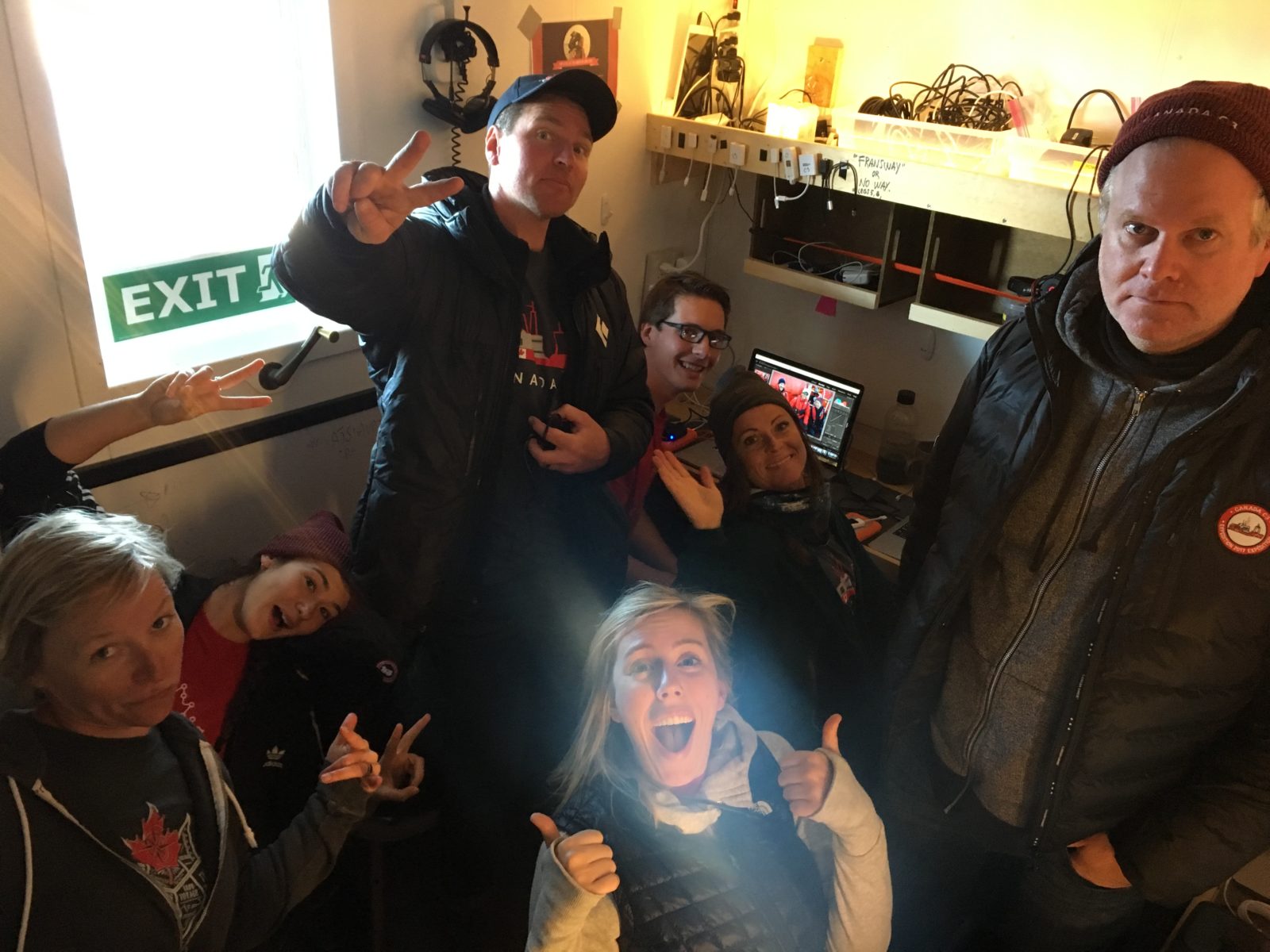 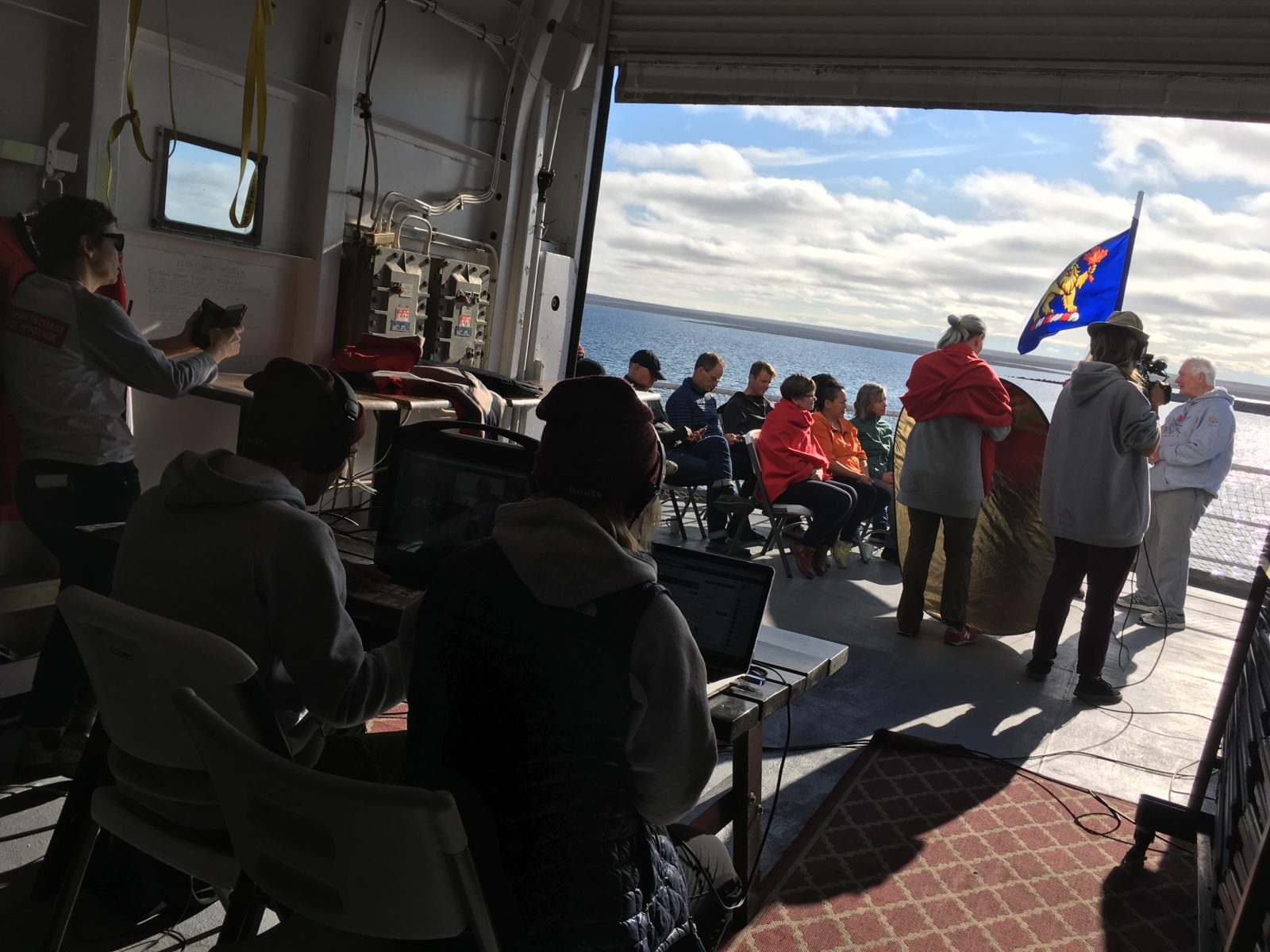 As expeditions typically go, your job takes on many roles and this project was no exception. Along with leading the communications team, I was also one of four primary drone pilots for the expedition. Thanks to a partnership with Poesis Media we had the S.F.O.C. paperwork to fly around the entire country, every province, territory and national park. There was no shortage of stunning, visual opportunities, but things were kept interesting with the challenges of launching and landing in extreme environments, as well as flying within the Arctic Circle and having magnetic north wreak havoc on your drones’ compass! 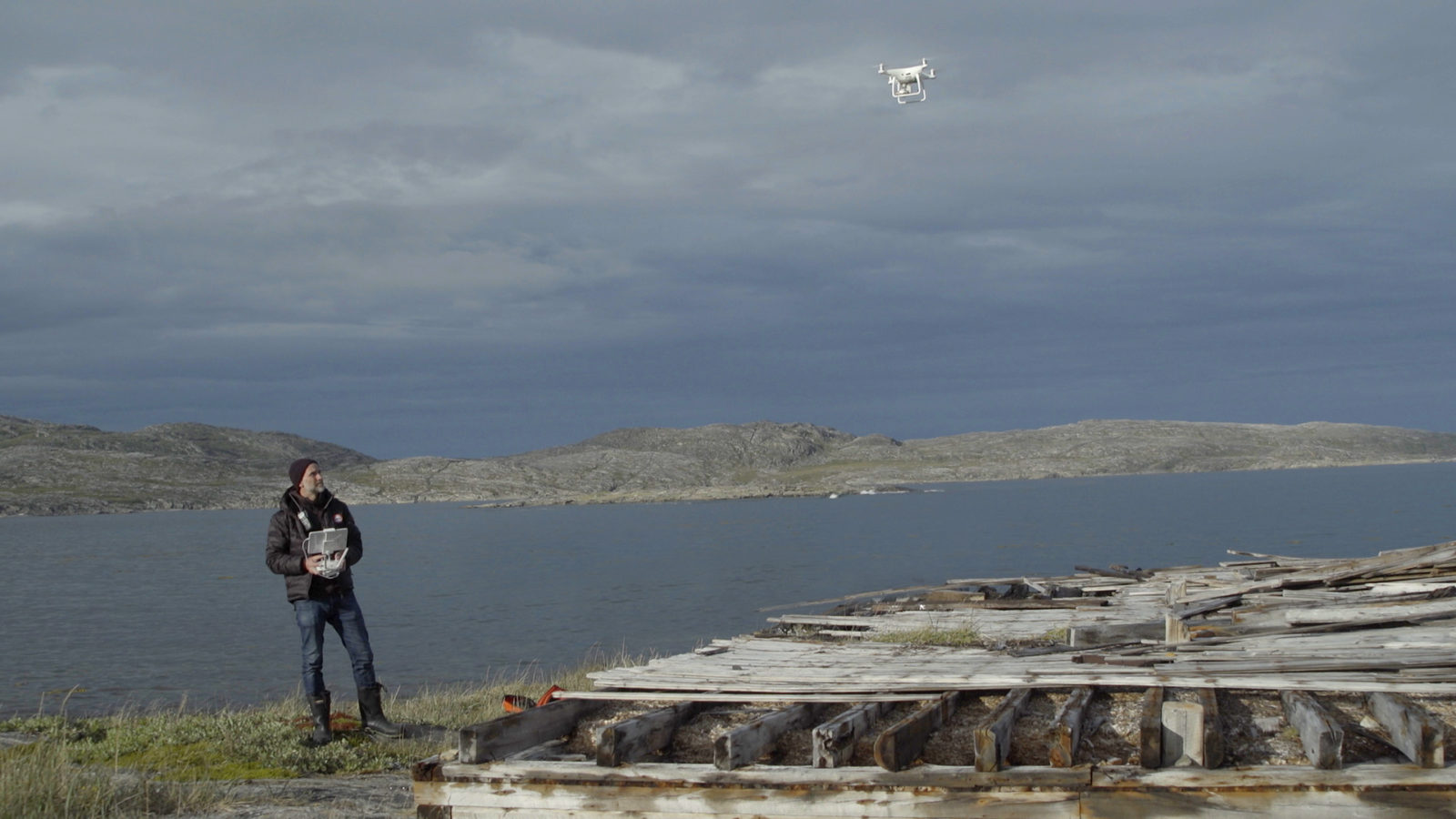 In the end we produced over 120 short films, 93 Facebook lives, published over 6000+ photos, 1000+ social media posts and reached millions of Canadians…and we did it all directly from the Canada C3 ship, in real-time, as it circumnavigated the country. It was an honour to work with such an amazing team of Canadian creatives on this important and unprecedented historical journey. Please visit the Canada C3 Facebook page to explore the expedition content and learn more about the important ongoing legacy projects of this journey.

For more info on the Canada C3 expedition or to book speaking engagements, please contact me.